Places we have been » Ape Piaggo 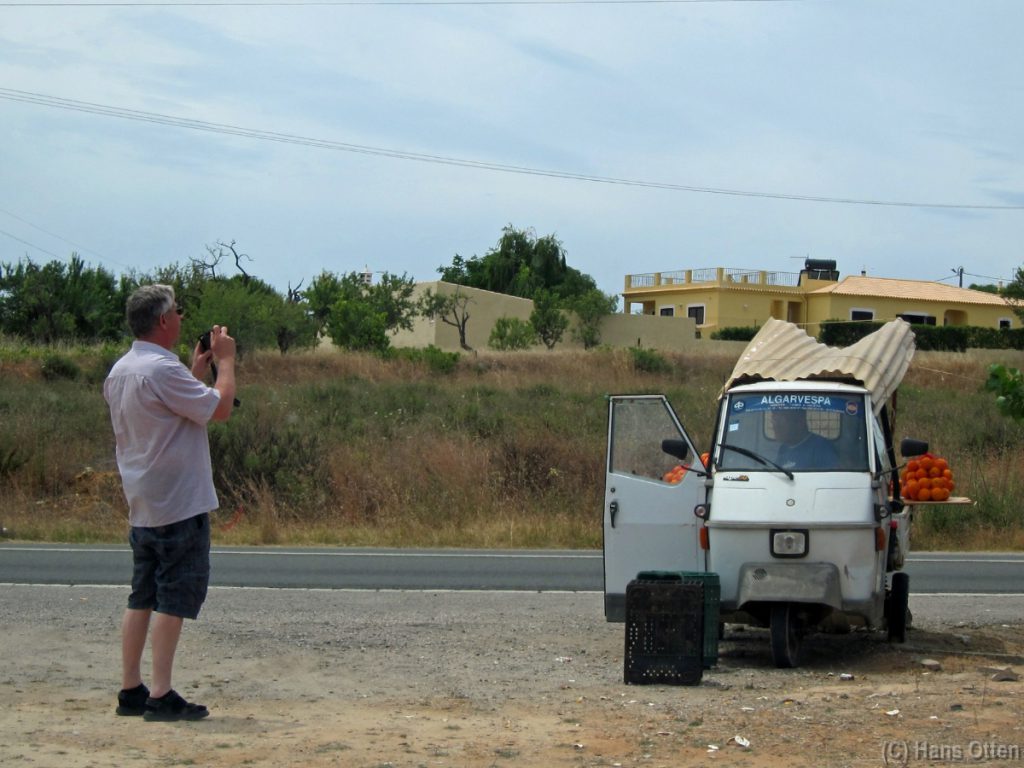 At the end of World War II, most Italians, badly affected by the war, lacked means of transport and, more importantly, the financial means to acquire and maintain full-sized four-wheeled vehicles. In 1947, the inventor of the Vespa, aircraft designer Corradino D’Ascanio, came up with the idea of building a light three-wheeled commercial vehicle to power Italy’s economical reconstruction, an idea which found favour with Enrico Piaggio, the son of the firm’s founder, Rinaldo. The very first Ape model and the mark immediately following it were mechanically a Vespa with two wheels added to the rear, with a flat-bed structure on top of the rear axle. The early sales brochures and adverts referred to the vehicle as the VespaCar or TriVespa. The first Apes featured 50 cc, 125 cc or 150 cc and more recently 175 cc engines. By the time of the 1964 Ape D, a cab was added to protect the driver from the elements. The Ape has been in continuous production since its inception and has been produced in a variety of different body styles in Italy and India. The name refers to the work ethic of this vehicle – “ape” in Italian means “bee”.

Controlled with scooter style handlebars (current TM version could be bought also with steering wheel), the original Ape was designed to seat one, but can accommodate a passenger (with a tight fit) in its cab. A door is provided on each side, making it quicker to get out of the vehicle when making deliveries to different sides of the road. Performance is suited to the job of light delivery, with good torque for hills but a low top speed, which is irrelevant in the urban settings for which it was designed. Outside of towns, Apes are customarily driven as close as possible to the kerb to allow traffic to pass. The vehicles come in various configurations such as vans and pickups for load carrying (popular with postal administration in some countries) and an autorickshaw for human transportation (Tukxi). More recently Piaggio have made lifestyle models such as the Ape Cross Country and the Ape Web aimed at the young. The Ape is also commonly used as a promotion tool. Advertising hoardings are mounted in the load bay. The Ape’s unusual looks can help draw attention to a brand or business. (Tukshop)

The Ape is still not an uncommon sight in Italy where its compact size allows it to negotiate narrow city streets and park virtually anywhere. In small southern villages, it is also often seen at the roadside where the load area is used as an impromptu market stall by farmers.

Most Apes are produced in India by Piaggio India, and a similar vehicle is manufactured by Bajaj Auto. In India the Ape is most commonly found in the form of an autorickshaw. A relatively small number of Apes are still made in Italy. On October 16, 2013, Piaggio announced that the production of Ape would be completely shut down in Italy and entirely moved to India.